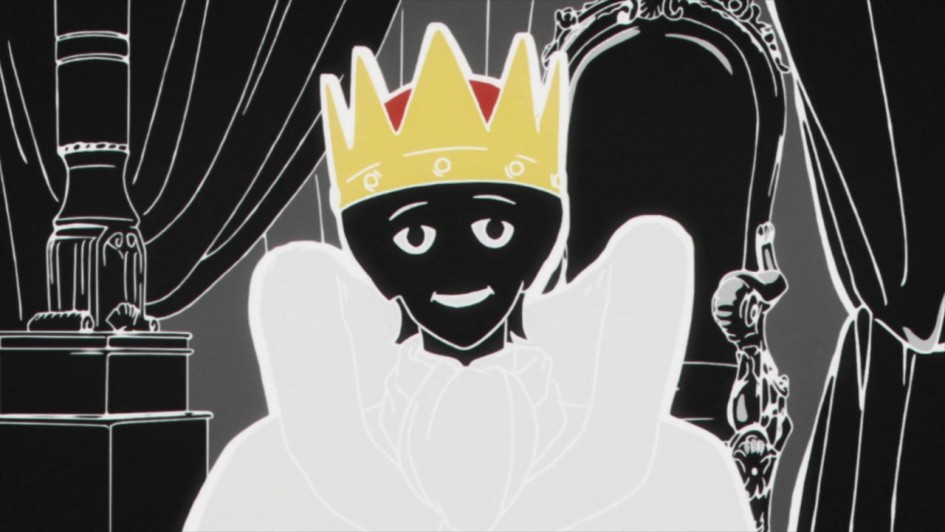 These days, when I look at you, I can’t tell if you’re getting dragged into things, or if you’re prying into the whole mess.

After 100 years of peace, Dōwā’s guards have lost their edge. Their clumsy assassination attempt is foiled by Nino, who spends his first visit to Furawau district checking out the local emergency services after taking a bullet for Jean. The fact that he didn’t die softens the cliché somewhat, and ACCA at least tried to give an explanation for why he acted the way he did instead of just knocking out the incompetent attackers before they could fire their hilariously ornate golden gun. Nino’s injury served several purposes, from offering Hiro Shimono the chance to play with interesting nuances of shock and anger beyond Jean’s slightly less stoic facade, to giving the king-to-be the last missing piece of resolve to accept the cigarette on Furawau’s silver platter. It also brought us this episode’s best line, leaving me optimistic for an interesting reveal of who’s really playing who (with Lilium hopefully being cast as the latter). For now, Jean tries to make it look like he’s playing along, choosing wine with Lilium over sandwich bread, much to Mauve’s disappointment.

Check out my full review of ACCA: 13-Territory Inspection Dept., episode 11 over at ANN.