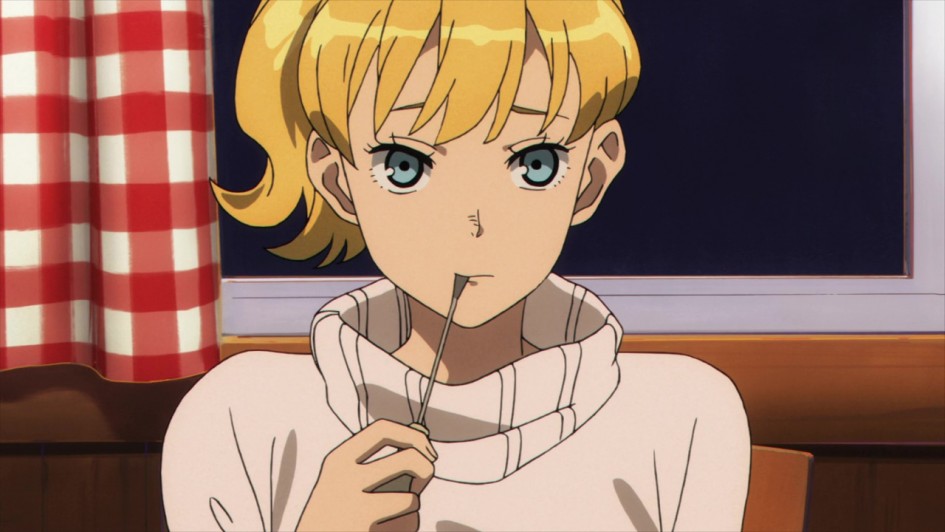 ACCA has been called slow, and while the show is still far from having one plot point chase the next, it’s so rich in interesting themes and interactions that I find myself on the edge of my seat listening to Jean’s preferences (or lack thereof) in bread, especially since we can now confidently identify these as code for much bigger things to come. It’s the small, subtle things that made episode 5 such a delight to watch.

With all the clumsy exposition out of the way, scenes are allowed to unfold naturally, leading to some of the funniest and most melancholic moments ACCA has yet presented us with. Thanks to the excellent direction and effective buildup, the episode’s emotional climax – Jean and Nino’s confrontation in the snowy woods of Birra – feels dramatic in the absence of anything that usually passes for drama. It only takes one look at Nino’s empty eyes (and listening to the lonely piano) after learning of the end to his stint as a spy and bodyguard to convey what his role as Jean’s friend and confidant really meant to him. The glasses are off, and it’s clear that Nino’s intentions were never malicious. It’s interesting to see him opting against the full disclosure option his boss explicitly endorses him with – even with his cover blown, he’s still trying to protect Jean from having to assume the role that Nino has been tasked with guiding him toward, at least for as long as he can.

Check out my full review of ACCA: 13-Territory Inspection Dept., episode 5 over at ANN.