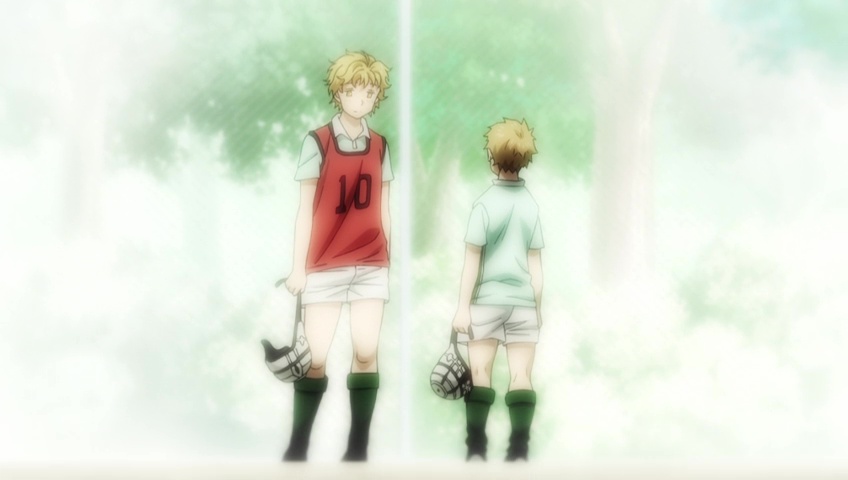 After losing the game against Sagami but winning their opponents’ respect, Jinko and fans get rewarded with the prospect of a beach episode. But any anticipation of muscular shirtless fanservice is nipped in the bud, as the countdown to the preliminaries has reached a mere 147 days – less than 13 days total at a measly training schedule of 2 hours a day. Beating himself up for having his forehead kicked in only once during the recent game, Sekizan is ready to double everyone’s effort and practice time. Some of his teammates might pretend to be less enthused about Coach’s drills, but everyone’s much too fired up to pull out of the commitment at this point. They complain but clench their teeth through fun exercises such as digging holes and sumo wrestling in the sand, supplemented with crab attacks and clothes being swept away by the tide, among other comedic interludes to make up for the very obvious animation shortcuts.