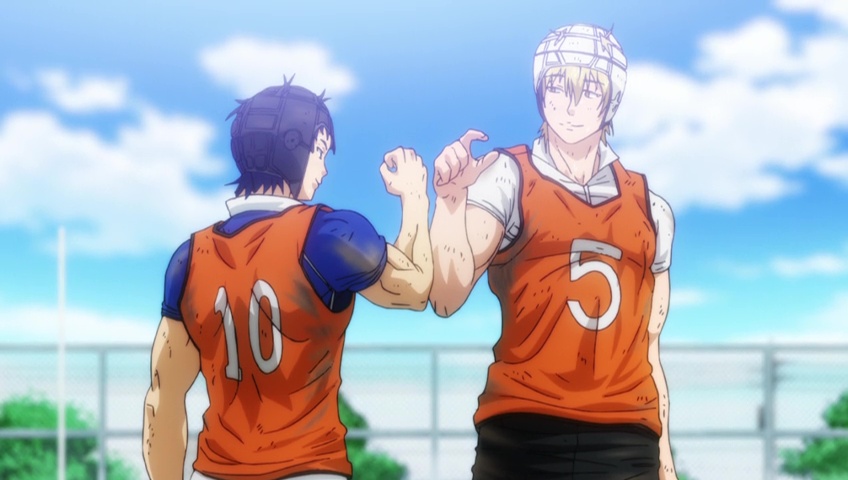 Keijo’s back, and everyone’s having a blast. Well, except for Sekizan, who has to keep his personal fanboy Taira from getting too excited even for a shonen series. Taira’s adoration really should boost Sekizan’s ego, after coach’s speech about the benefits of training with high-level players sent him into pink brooding mode (or maybe it was just Taira’s presence). While the collective Keijo boys deserve a few exclamation points to their name for likability and camaraderie, Miyuki’s excitement at playing with Iwashimizu and Gion (who he simply adopted into their little club without any jealousy) makes him the most adorable of the bunch. His ardor is symptomatic of the whole episode; everyone’s so enthusiastic that it’s infectious, but Keijo’s not in this out of the goodness of their hearts. They followed Jinko’s journey almost as closely as we did, and the respect between both teams is mutual. Keijo’s not the only team with adorable players, either.

Check out my full review of All Out!!, episode 12 over at ANN.