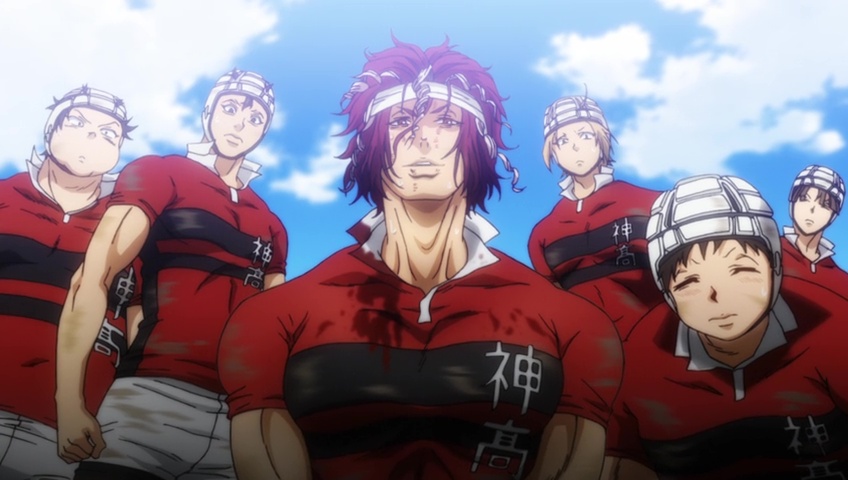 After a humiliating start, Jinko makes a brief but satisfying comeback against Sagami, thanks to the force of nature that is Ebumi. Their success is short-lived though, and by the end of the first half, our underdogs have fallen behind without much chance left at victory. But Sagami’s lead isn’t enough to get Coach anywhere close to fretting. He knows this game isn’t about Jinko beating a superior opponent – it’s way too early for that in terms of both training and plot. The mended rugby team of Kanagawa High School still has a lot to learn, and that’s exactly what they should use this game for. They might lose, but now they can do so with their heads held high, and with victory in a future rematch no longer out of sight.

Check out my full review of All Out!!, episode 9 over at ANN.