Anime Review: .hack//Legend of the Twilight 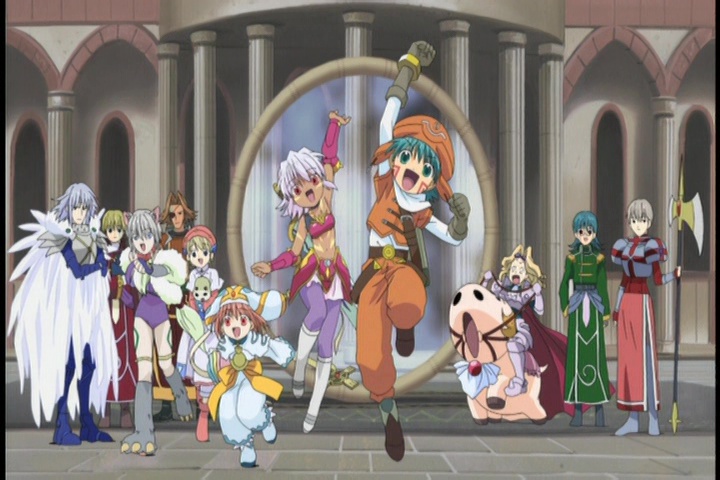 Split up after their parents’ separation, twins Shugo and Rena reunite in “The World”, a popular MMORPG. Travelling the virtual environment as the chibi versions of legendary players Kite and BlackRose, the two quickly find out that something is very wrong with this world. Exposed to dangers beyond in-game death, the twins and their new-found friends will have to battle opponents both virtual and real to uncover the truth behind the dark secrets of The World. 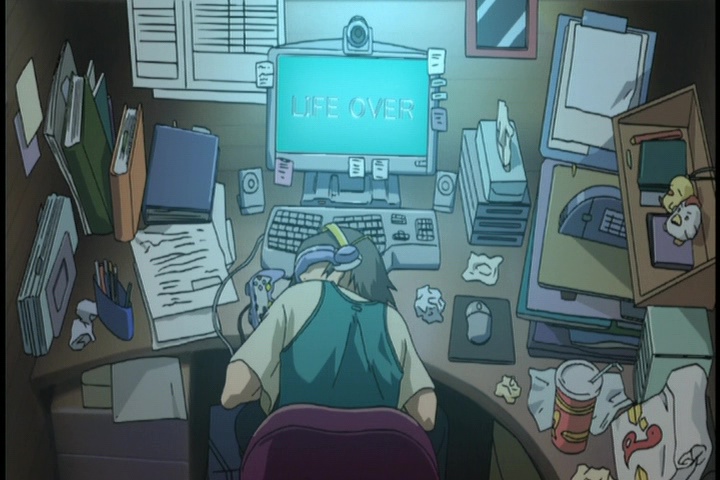 Back in 2003, the “trapped in a video game” trope wasn’t quite as worn-out as it is today. But it’s not the setting which makes this installment of the .hack franchise utterly forgettable. In its runtime of 12 episodes, the series manages to present just enough plot to fill an average-length movie. But plot isn’t everything, as many a slice-of-life show would argue. Good writing, interesting characters, and creative visual direction can be more than enough to provide a pleasant and engaging viewer experience. Sadly, .hack//Legend of the Twilight possesses none of those qualities. 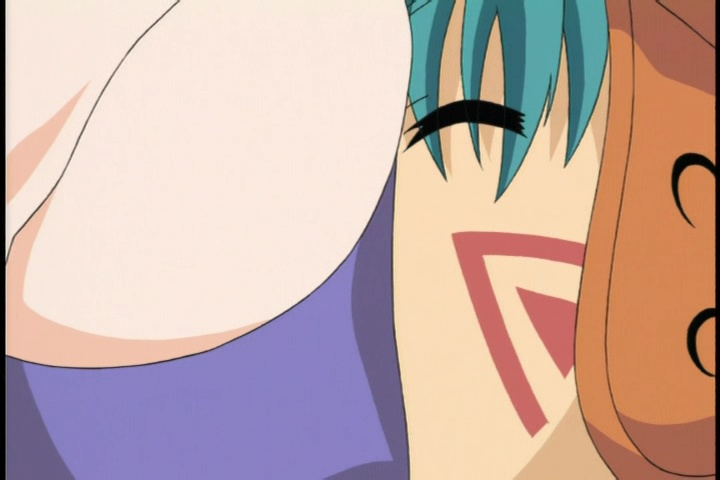 When the first run-into-boobs joke (complete with Mickey Mousing) clocked in at 5:27 in the first episode, I was mildly concerned. When 14-year old Shugo responded to his sister’s revealing virtual outfit with arousal, I was a bit worried. It wasn’t until the second episode, though, that things got too uncomfortable too brush aside as silly, but negligible fan service. That was when the show decided to have Rena rub herself against her brother to thank him for saving her from a monster, followed by him reminding her of the fact they are siblings – while blushing. Subsequently explaining Rena’s behavior with the effect of a supernatural item causing her to act irrationally didn’t do anything to redeem the situation. If anything, it made things worse. 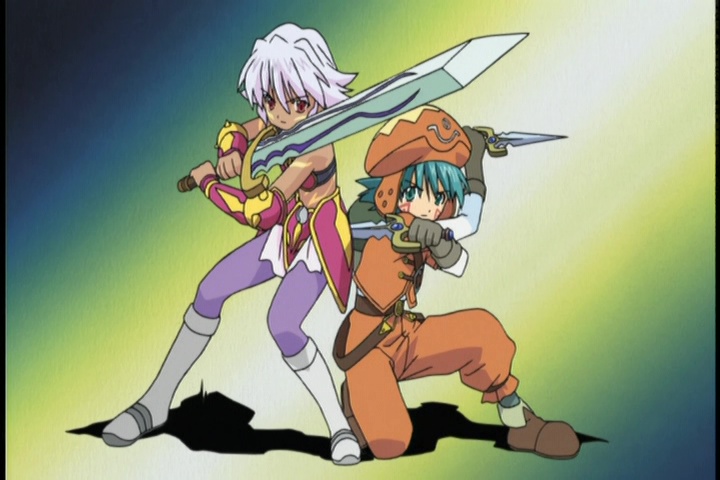 Flimsy excuses like these continued throughout the show. When the characters happened to stumble upon an onsen for no apparent reason, lines as brilliant as “This is just a game! It’s not like we’re really seeing each other naked!” had me briefly considering international irony. Maybe I had it all wrong, and this was, in fact, awesome meta subtext, cleverly masking as straight fan service while secretly exposing the ridiculousness of pseudo-justifications for arbitrary onsen adventures? 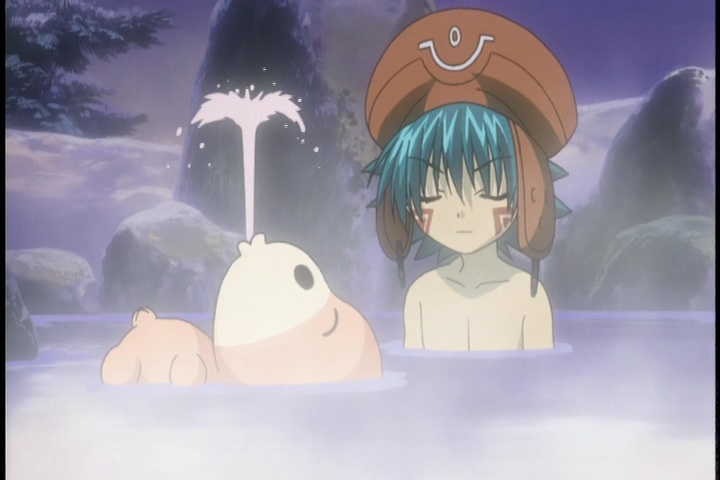 Every scene involving Balmung, The World’s resident bishonen character, seemed to confirm this theory. When he wasn’t busy fighting monsters in his white feathered cape, he could be seen casually leaning against a bamboo tree, looking intensely at a leaf while musing about life’s great truths, like “Those guys in system management are professionals at managing data”. Only when he wasn’t busy playing shogi by himself, of course. 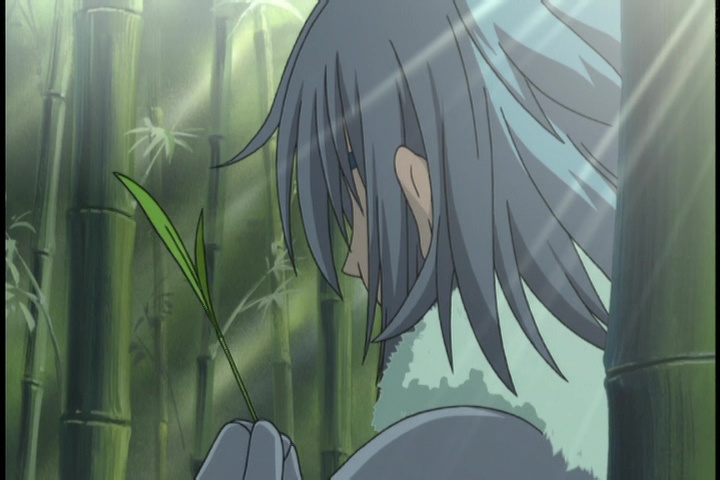 With the funny being clearly intentional in his case, laughing at his realization of having moped for too long and running off with a battle cry while his retainer commented upon teleporting being a lot faster than running (no matter how epic) became much more enjoyable, as it felt like I was finally laughing with the show instead of at it. 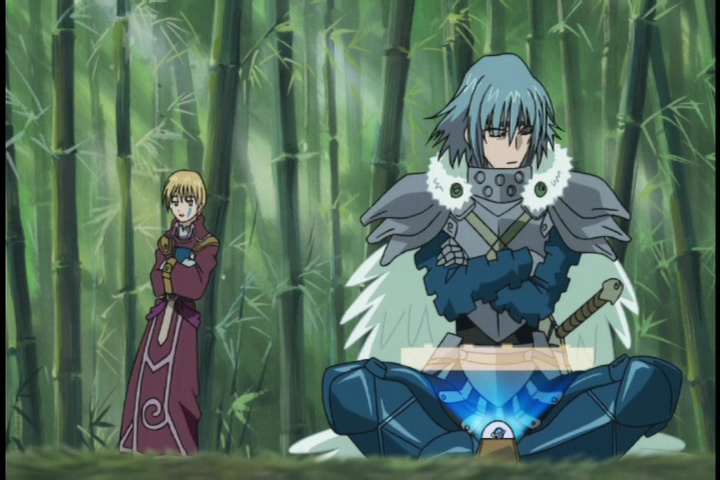 Most of the dialogue was cringeworthy, though one can only offer so much depth when each character is granted a single defining trait. There’s a limit to how complex things can get between “I collect rare items” Mireille, “I want to fight strong enemies” Ouka, and “I take care of a pet that makes funny noises” Hotaru. 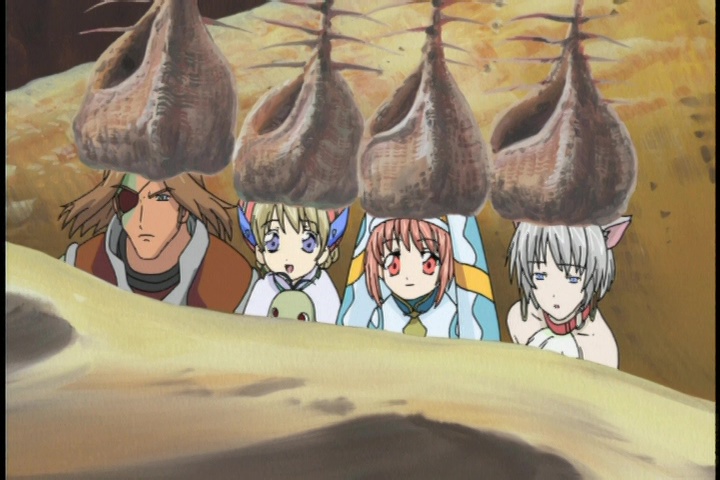 Exchanges such as these aren’t by any means rare occurrences in this series:

Are you trying to say you love me?

All I can think is that this was either written by a brilliant troll or an elementary school student. I want to believe it’s the former, but I’m afraid further evidence speaks to the contrary. 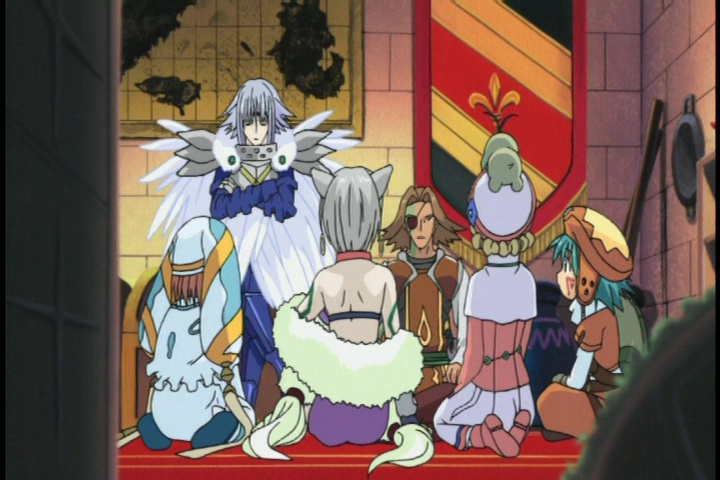 - I’ll go to the information shop to check for information on Rena. Everyone else, search for her in the city.

Where are we going? 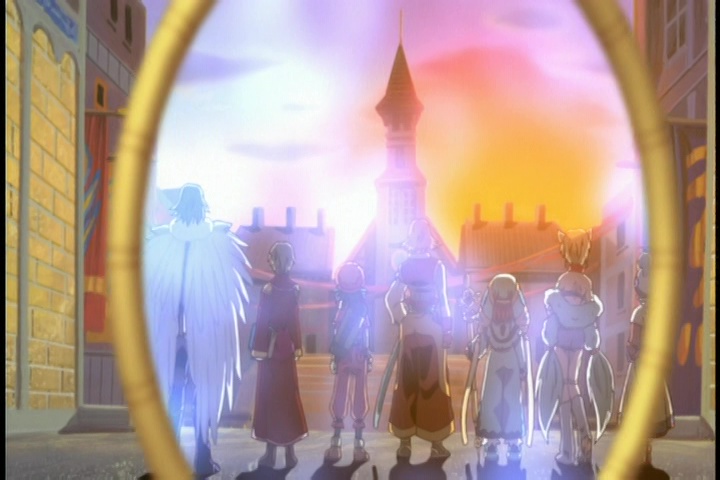 Or, another favorite of mine:

Strengthen the protection around that area. Then Aura will disappear.

How do I do that? I’ve never done that before!

We’re going to use a strengthening program.

The silliness of the writing is baffling, but the pacing didn’t fare any better. Trying to make up for lost suspense by obnoxiously refusing to finish even the simplest sentence, characters spend dragging minutes by standing in circles and shouting each other’s names. 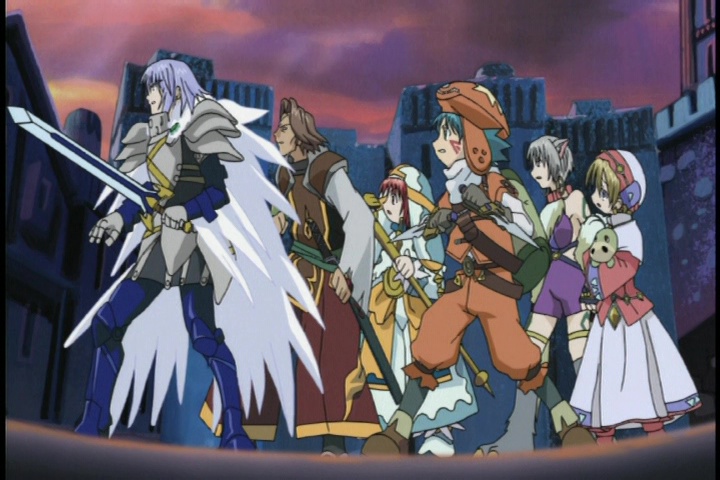 So, with not much going for it in the plot and character departments, how do the sound and visuals fare?

Junko Minagawa manages to make the most out of her Shugo, infusing a bland character with as much energy as possible in the Japanese track. In the English dub, Allison Keith’s Rena is much more lascivious than Mai Nakahara’s cuter version. Still, as Rena’s lines consist of little more than screaming her brother’s name, it’s not as if a different interpretation would have changed much. The forced cuteness of rest of the chibi girl characters is enough to send viewers into a diabetic coma without having to die an in-game death in The World. 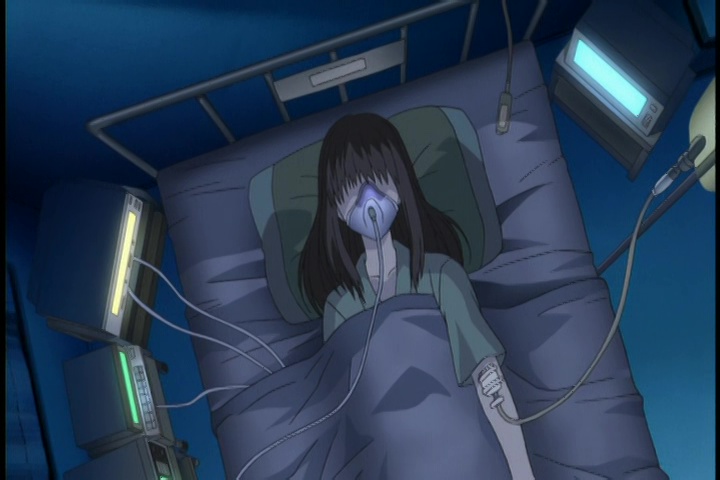 The music includes several funny Super Mario-esque tracks, which can enrich or distract from a scene, depending on the context. Overall, the opening and ending songs are probably the most memorable part of the show’s music.

Apart from some decently animated melee action sequences early on, animation is rather minimal. Speed lines and poses dominate fight scenes, and there’s very little going on in terms of facial expressions. 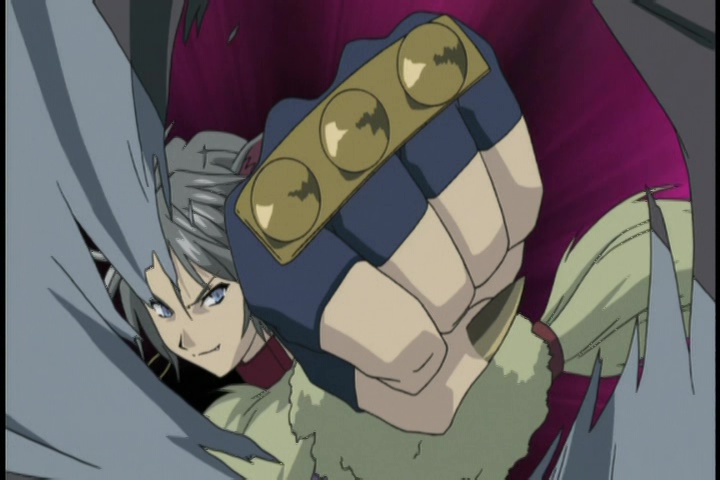 .hack//Legend of the Twilight could have been a story about estranged siblings rekindling their bond through the possibilities of the virtual world. Sadly, that was not the story that was told. Drifting into half-baked, pseudo-philosophical platitudes about the meaning and finality of death, the show lost its focus early on and never managed to pick up the plot thread again. Unable to tie things together on a narrative or technical level, the show remains a forgettable entry in its well-tread genre.

This review was written for the Anime Herald in June, 2016.