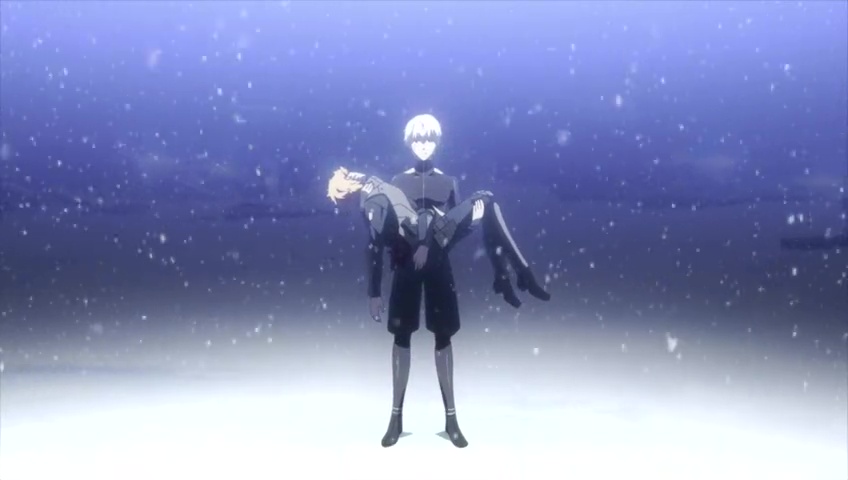 Endings are important. They might very well be the most important ingredient in good storytelling. The ending leaves us with a final impression of what we have read, heard or seen, and they are what we take with us going out of the story. A great ending can elevate our memory of a decent story to a good one, and a bad one can let what had been an engaging story so far fall into the pits of oblivion.

Some people like happy endings, others enjoy everyone-will-die scenarios, but regardless of personal preference, all great endings have something in common: They are inevitable. The perfect ending is the only conclusion that makes sense in retrospective. It doesn’t matter if the ending is built around a twist. Looking back, we recognize the signs were always in place, just cleverly hidden. A perfect ending makes us feel satisfied, realizing this was the only way this particular story could have ended.

Key to unlocking such a feeling of satisfaction, as to all important moments in a story, is letting the characters be the ones who create their ending. Forcing an outcome upon a story which negates the choices of the protagonists will always leave a bad aftertaste. If their actions didn’t matter, we quickly feel betrayed for rooting for and suffering with them all this time. After all, why should we invest our time and emotional attachment in characters whose interactions turn out to be meaningless?

Today and tomorrow, I want to look at what I consider to be perfect endings in anime. This list contains a variety of examples, from short and long running series to a short film and a movie. These are my personal favorites, but I’m hoping I’ll be able to make a case for why I consider these my top 10 anime endings.

At the risk of stating the painfully obvious: There will be spoilers. 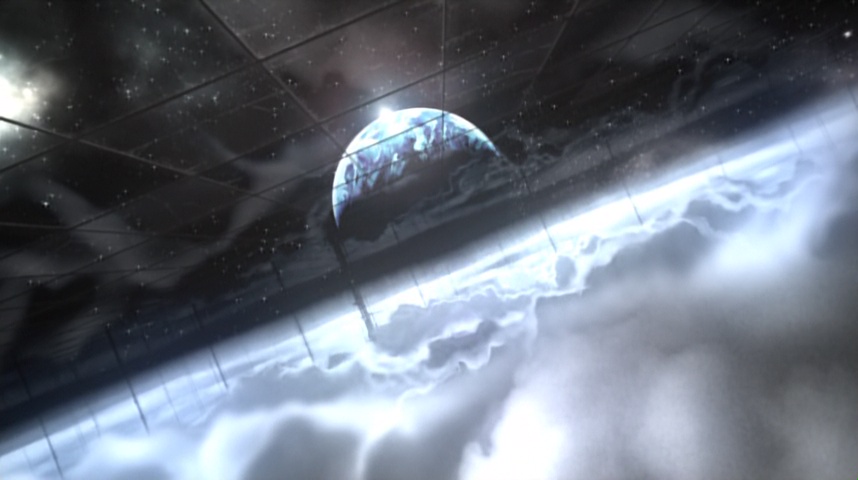 Pale Cocoon is the odd one out on this list. A short film of 23 minutes, it feels hardly justified to be included for its perfect ending. But it ends on such a poignant note that it deserves its spot.

Apparently living underground on a post-apocalyptic earth, Ura is obsessed with the past and excavating humanity’s history, which has been lost after the surface became uninhabitable. Reconstructing files and records, he dreams of the world above and what it might have been like to live up there. One day, he decides he has to know, and sets out to reach the surface, while his friend, Riko, is staying behind. Just when Ura reaches the surface, the reconstruction of the file he had last worked on has finished. Hearing the recording of a woman explaining humanity’s escape from a dead, rust-colored earth, we look up at a beautiful, blue earth.

After forgetting where they came from, humanity had lost its possibility to return. Had it not been for Ura’s curiosity and imagination, what’s left of humankind probably would have closed down the Archive Excavation Department altogether without knowing that earth had long been reborn – and that they had already left it behind.

Pale Cocoon is a powerful little film about the need to remember where we came from and imagine where we could go. Ending the story with Ura’s surprised “It’s blue” leaves it up to the viewer’s imagination to continue humanity’s story. 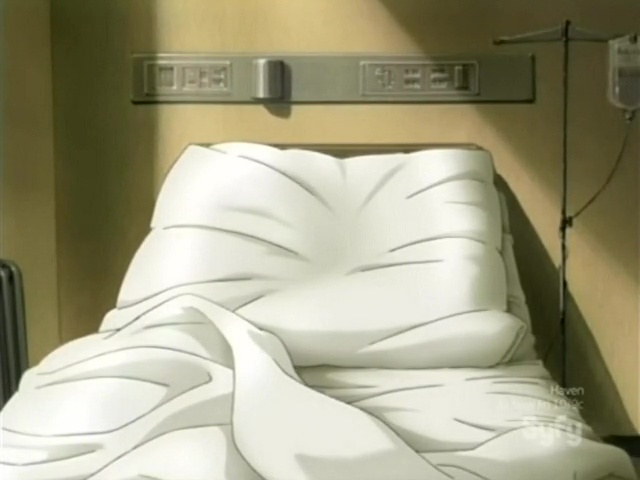 Are we naturally good or bad? This ever-pressing question goes back much further than Hobbes and Rousseau and still occupies our minds in the nature-versus-nurture discussion today, even though things don’t tend to be as clear-cut in real life as they often appear in fiction.

Monster is a story about the nature of evil. On his journey searching for the titular monster, Johan, protagonist Tenma uncovers gruesome details about Johan’s past, continually asking himself and the audience what makes us evil. Are we born monsters or is evil learned? The fact that Johan has a twin, Nina, who for all intents and purposes seems like a loving, functional human being adds fuel to the question why Johan wants to see the world burn. Looking for Johan (and an explanation), Tenma learns of horrifying eugenics and brainwashing experiments on children, tipping the balance more and more towards nurture.

When it turns out that Nina, not Johan, was the one to experience severe trauma, which he then internalized as his own, this perspective shifts. There’s even room for a quick notion of sacrifice by becoming the monster in his sister’s place. Feeling pity for the single most villainous character I’ve ever seen in anime is saying something about the story’s ability to tackle complex themes.

The last episode (fittingly titled The Real Monster) eventually introduces Tenma to the twins’ mother and the last piece of the puzzle – except there isn’t just one that fits. When the mother was forced to give up one of her children for experimentation long ago, she chose Johan, only to revoke her decision immediately, sacrificing Nina instead. Was it because she wanted to protect Johan? Or because she couldn’t tell the two children apart? Did Johan become a monster because it should have been him all along, or out of spite? Was it his or his mother’s choice that paved his road to nihilism? Was there a choice at all?

And just like that, Monster blows away what Tenma and the audience finally managed to reconstruct, by denying the answer to any of these questions. Not even allowing us to know if Tenma and Johan’s last conversation ever happened outside of Tenma’s head, we are left with an empty hospital bed, forever turning Johan into an enigma, just like the question of the nature of evil. 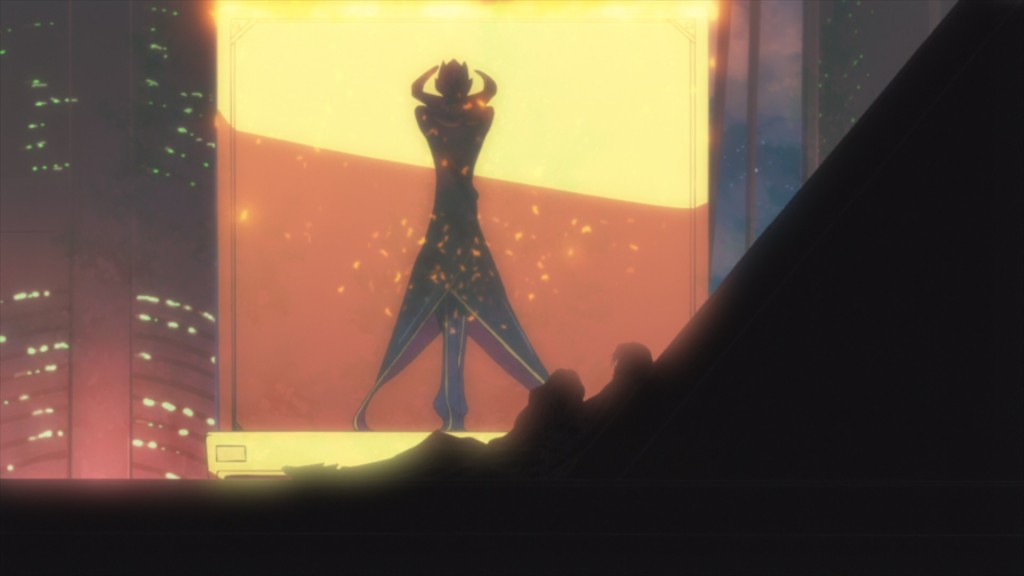 Code Geass is a firm believer in the Bigger! Faster! More! = Better! formula, which worked out pretty well over the course of its first season. When the show lost any semblance of focus after its return, replacing an awesome balancing act between honest drama and all-out camp with insufferable amounts of fan service and even more camp, things went downhill. Just as more CG aliens didn’t help George Lucas, new invincible super mechs and a mind-bendingly stupid subplot involving Lelouch’s parents didn’t contribute to Code Geass‘ much more engaging core conflict. Not even the greatness of Norio Wakamoto’s voice could redeem the insanity, which had ceased to be entertaining several episodes ago.

Code Geass R2 could have gone out in shame, but thankfully, it managed to pull itself together spectacularly in the end, delivering a triumphant final bow, where everything falls into place in one of the finest examples of Tetris Moments: Lelouch turning himself into a symbol of hate and eradicating this hate through his death as a villain (and secret martyr). It’s outrageously theatrical, just as it should be in the context of this series. The fact that I would rate R2 significantly higher after seeing its last episode reaffirms the importance of great endings to me, and their redeeming quality even after a story strayed from its path. 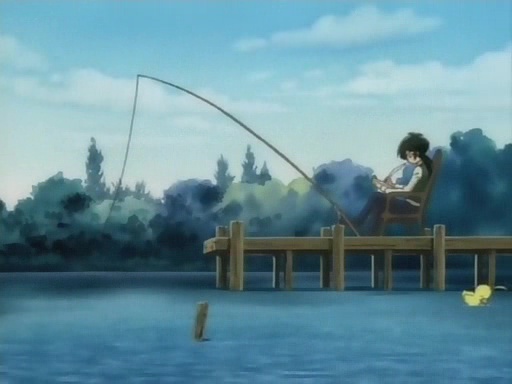 Princess Tutu is a fairy tale, and fairy tales tend to have a message, usually of the moralizing variety. Targeting an audience younger than the other titles on this list, the show certainly wears its heart on its sleeve. But who says sincerity has to be a sign of superficiality or immaturity?

I firmly believe in a child’s right to be challenged via the stories he or she is enchanted by, and in their ability to recognize good storytelling from bad. Princess Tutu‘s message is loud and clear, but it’s communicated in such a sensitive, intelligent and honest manner that even the most cynical viewer cannot help but be moved by it. It’s the simple, powerful message of hope persisting over despair, which enables a story that should have ended in tragedy to have a happy ending, even if it’s bittersweet. This is an important message, especially for younger viewers: No matter which role life casts you in, there is always value in trying to grow and become a better, happier person, who can connect with others.

In the introduction to this list, I mentioned the importance of the characters being responsible for their own story’s ending. Princess Tutu takes this to the meta level by placing its characters in a story-within-a-story narrative. Aware of being cast in a tragedy and destined to suffer and/or die, they choose to confront their fates, and by doing so grow beyond the restrictions their story’s author has put on them and their archetypes. They still suffer plenty on the way, but they will earn their happy ending, much to the author’s own surprise at the realization that even characters in the story were able to change its outcome, which is what good endings should always feel like.

The way Princess Tutu addresses its own storytelling through this meta layer made this show loved and celebrated beyond its shojo audience, establishing itself as a clever, thoughtful example and analysis of great fiction.

Tokyo Ghoul is messy. Looking at all the unresolved plot threads and incomplete character arcs, it’s not a good show. But it’s a great one in terms of themes and concepts.

If the first season was about the loss of humanity through pain and isolation, the second one was about accepting loss and finding one’s way back to being human through grief. Tokyo Ghoul‘s world is a grim one, firmly rooted in the belief of survival of the fittest. It’s easy to withdraw into isolation to protect oneself from the pain inevitably caused by others. Life is marked by sacrifices, and comfort might be found in the idea to sacrifice oneself for the sake of others to give one’s life meaning beyond basic survival. But the idea of self-sacrifice can be deceiving, and it is the survivors who have to bear living with the guilt and pain of loss, not the martyrs.

Protagonist Ken Kaneki chose isolation and sacrifice when his humanity was taken away from him. And, having no-one left to see his reflection in, he did lose himself there, for a while. Human connection might be painful, but in a world inherently bad and violent, it’s also our only option to remember and recognize who we are – or who we could be, in the eyes of others. Kaneki’s humanity has survived in his friend Hide’s reflection of him, and through Hide’s death, he is able to find his way back to himself. It’s no coincidence that this realization matches the themes discussed in Neon Genesis Evangelion‘s finale to a T. Depression and isolation are key emotional states to both of these works.

When Kaneki carries Hide’s body past the victims of the war between ghouls and humans, his walk of almost two uncut minutes of film is a walk of remembrance. Accepting Hide’s reflection of him as his own self, Kaneki can begin to become whole again. It’s a powerful message about the limits of self-knowledge, and about healing through grief.

Tokyo Ghoul‘s highly ambitious concepts were occasionally impeded by introducing too many characters with their accompanying subplots, which the show wasn’t able to resolve within its limited runtime. Despite these flaws, the series never lost focus of its themes and addressed them in a bold, courageous and, especially in the finale, visually sophisticated and deeply personal way. I don’t know if he lived or died. But I will always remember Kaneki’s walk and his ability to find himself, even after everything was lost.