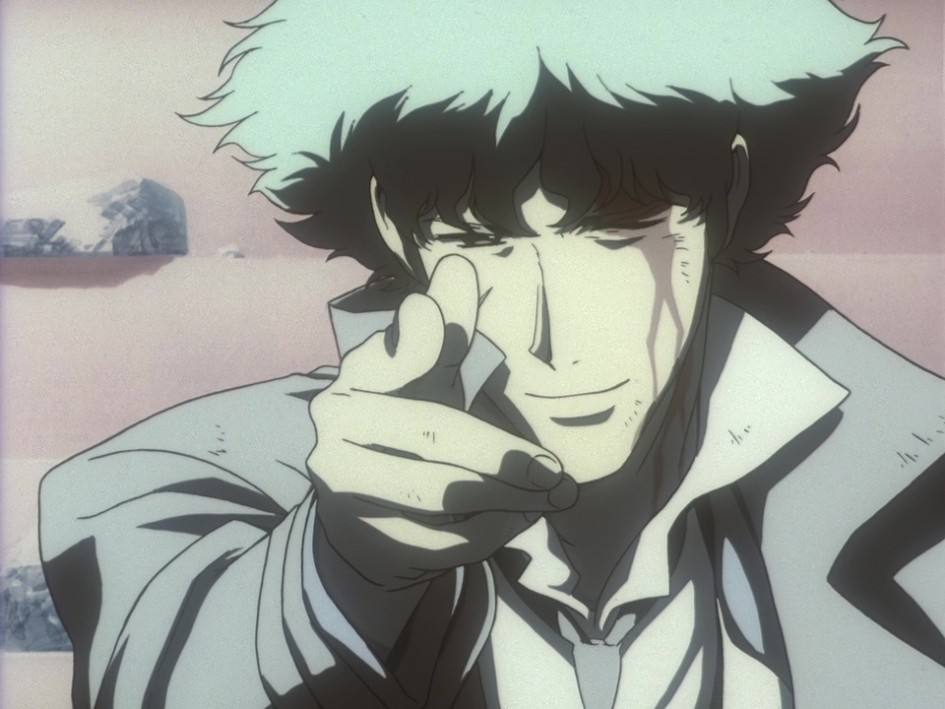 5. Legend of the Galactic Heroes (OVA): The Legend Ends, and History Begins 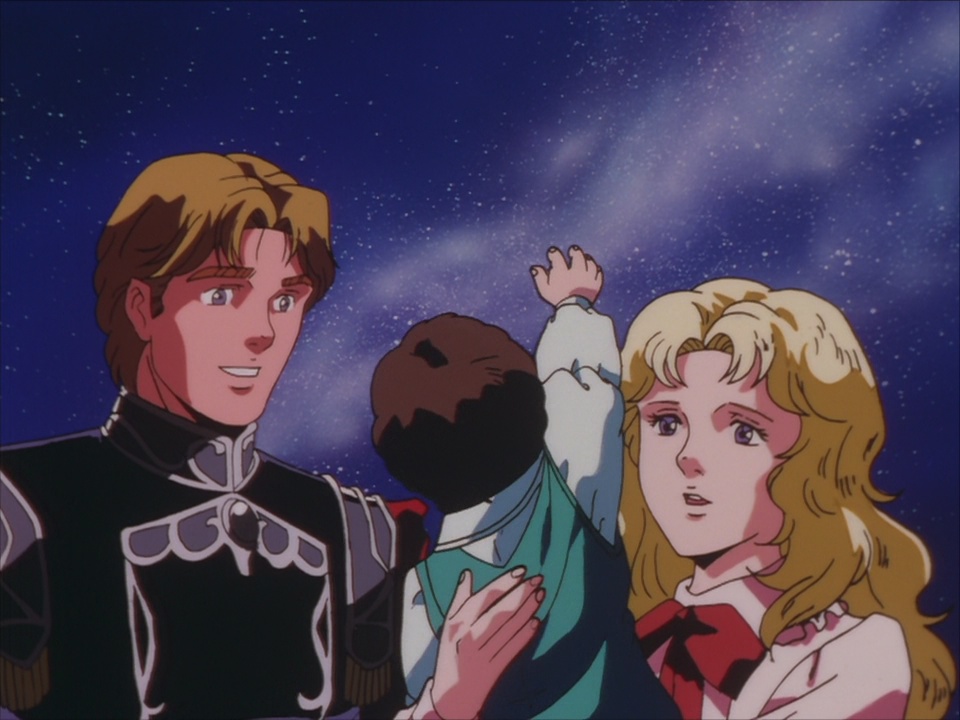 Building up a perfect ending over the course of twenty-something episodes requires considerable talent and effort. Delivering such an ending after 110 episodes, which aired over the course of just a little under 10 years, is something else entirely. Yoshiki Tanaka and Noburo Ishiguro’s monumental epos succeeds at doing just that.

Legend of the Galactic Heroes is permeated by the idea of history being bound to repeat itself, in greatness and destruction, ambition and war. As long as humanity exists, there will always be people trying to grasp the stars in their hands. More often than not, these people will end up being tyrants, but sometimes, history produces a great, larger-than-life hero who will lead humanity into a new age of conquest, discovery, or peace. Alliances might form or fall into ruin, and the world we live in might change, but human nature never will.

There’s no surprise or shocking twist waiting at the end of this interstellar journey. It’s an ending that satisfies in its honesty towards its story’s themes. It’s also an ending that many of the story’s main characters will not live to see. But even though Legend of the Galactic Heroes saves its final major death for the very end, the story’s ending is much more about the wheels of history moving on after death and destruction. Life goes on, even in the face of unbearable tragedy. And after the heroes of the past are gone, it’s time for humanity’s next generation to reach for the stars, for better or worse. Only history will tell. 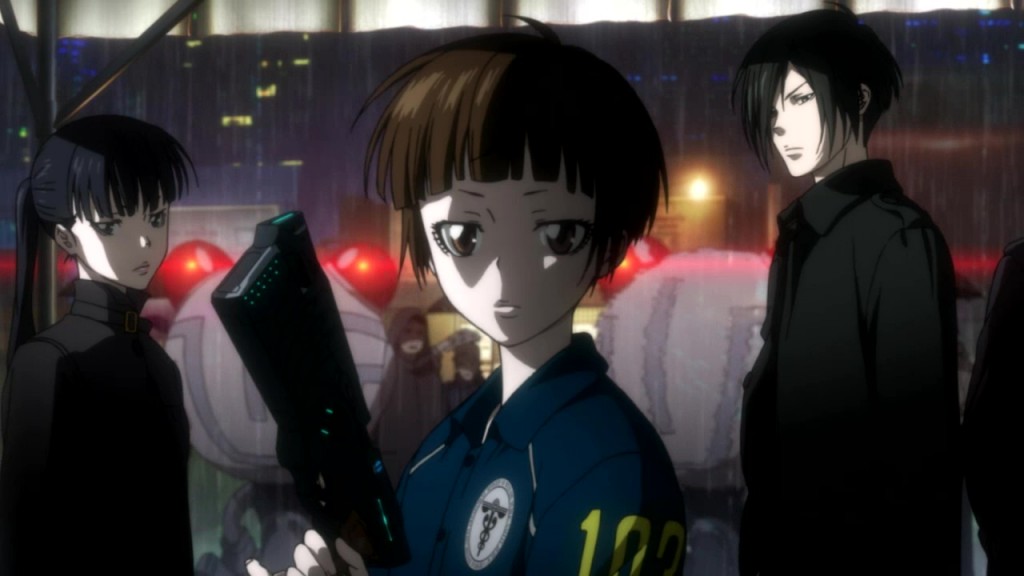 Exposition isn’t Gen Urobuchi’s strongest suit, but his endings are among the most powerful there are in anime. While the “Urobutcher” is mostly known for creating bleak worlds and killing off his characters in brutal fashions, none of his stories ends devoid of hope.

On the surface, it looks like the system has won in Psycho-Pass, but not by breaking the story’s protagonist. Akane doesn’t love Sibyl as Winston Smith loved Big Brother, she despises it. Yet she is able to recognize and accept its necessity in the current state of the world. By choosing to protect the law despite everything she witnessed and suffered through, she is not making herself an agent of evil, but an agent of the people.

Psycho-Pass believes in the individual’s capacity to endure over the heroic idea by inviting the people to make their own choices instead of forcing a revolution on them which would likely bring more harm than good. Returning to the beginning full circle, the system hasn’t won by still being in place. We can already see the subtle possibilities for creating a better world.

A story doesn’t have to go out with a bang to have a perfect conclusion. The perseverance of hope can be just as powerful. Psycho-Pass, like many of Urobuchi’s stories, turns out to be deeply optimistic about humanity’s potential. It’s an empowering conclusion: We can all make a difference, even if it’s just on a small scale, and we don’t have to purge all evil from the world ourselves to be a hero.

One day, someone will come to this room to turn off the power.

Then the second season came along and flushed all of these accomplishments down the toilet. It doesn’t matter. We’ll always have 23 minutes of a Perfect World. 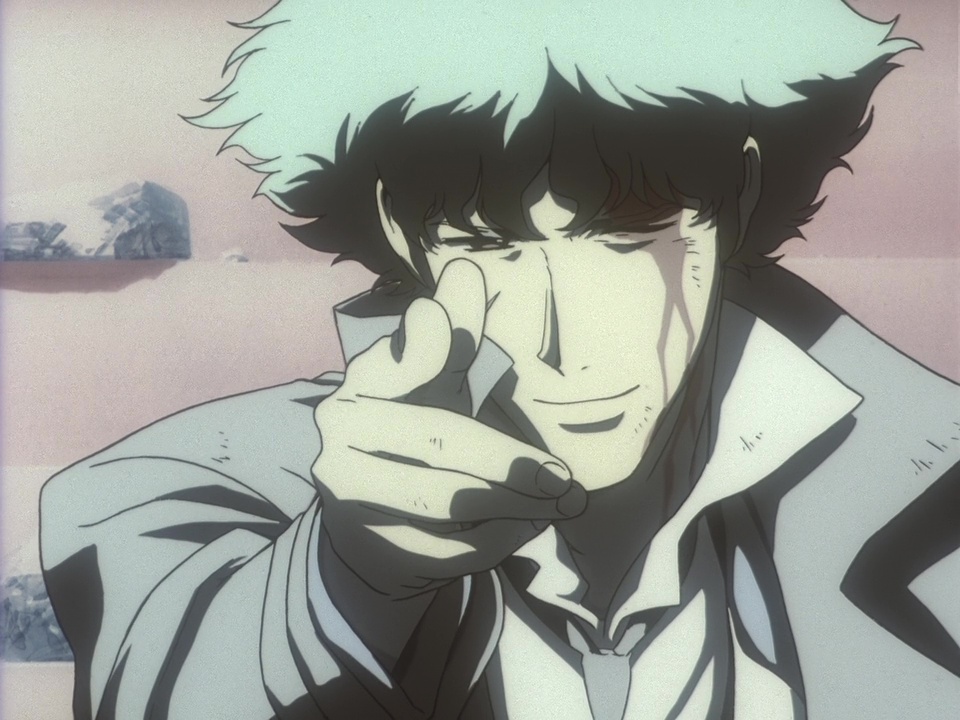 Cowboy Bebop is the shining example of proving everyone wrong who claims character development to be indispensable for great storytelling, yours truly included.

It’s a deeply melancholic story about people drifting through time and space, trying to but ultimately failing to connect with others. All of the show’s main characters start out as prisoners of their past, but while Faye manages to free herself in the end, Spike is unable to let go. Physically bound to his past by an artificial eye which forces him to relive his memories, he has died long before we meet him. There’s no meaning to his existence after leaving the Red Dragon syndicate, Julia and Vicious behind. When Vicious asks Spike why he is still alive if he “bled all the blood away” which fueled both of them in their shared criminal past, the show deliberately withholds a verbal answer. Instead, we see Spike falling through his memories in a beautiful, haunting scene telling us what Spike cannot put into words.

Spike doesn’t confront Vicious to save Faye in Ballad of Fallen Angels, and he doesn’t kill him to avenge Julia in The Real Folk Blues. He’s going there to “find out if he is really alive”, or if “life is just a dream” it’s time to wake up from. After spending the majority of the show’s runtime in a state of limbo, he is finally able to let go only after Julia’s death, and in one of the most memorable, perfect anime endings ever to grace television screens, Spike becomes alive one last time before he is finally free to die.

Finding meaning in a meaningless death is a depressing and, to an extent, cowardly choice. The show is, of course, perfectly aware of the terribly flawed nature of its non-hero, providing counterexamples in the way Jet, Faye and Ed learn to deal with their individual baggage. The fact that Cowboy Bebop still manages to allow Spike an exit which is both badass and moving attests to Shinichiro Watanabe and Keiko Nobumoto’s greatness.

2. Wolf’s Rain (OVA): No Such Place as Paradise 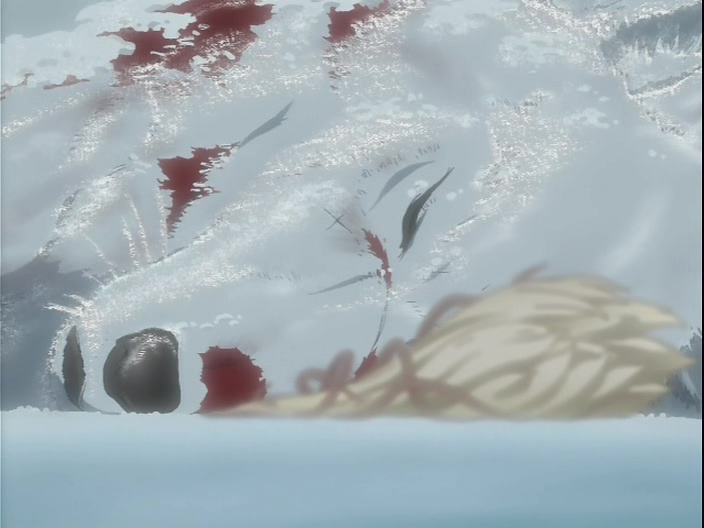 Wolf’s Rain wasn’t a perfect anime. Similar to Tokyo Ghoul Root A, its grand ideas and concepts were always just a few steps ahead of its final execution, ending its television run without things really falling into place. Then came the OVA and delivered an ending so powerful it had me floored for days.

Wolf’s Rain tells the story of a group of wolves searching for paradise in a post-apocalyptic, dying world. What they find at the end of their journey, however, is not the Eden they or the viewer would have imagined. What could have been a sappy story about how the journey is more important than the destination turns into a parable charged with a myriad of religious and philosophical possibilities for interpretation. What is paradise? Can we return to the garden, or can we build our own? Was there ever such a thing as paradise without us yearning for it? What makes us long for the impossible? Do we have to destroy the world to create a better one? And can we become better people by striving for perfection, even if we never find it?

Keiko Nobumoto, responsible for the perfect finale of Cowboy Bebop and one of anime’s most gifted writers, knows how to ask these questions without ever diving into pretentiousness. And what’s more, she doesn’t presume to have a definitive answer.

When Kiba dies to be reborn into a new world, he phrases his drive to look for a road to paradise like the German Romantics justified their search for the mystical blue flower. Infinite and unreachable, yet we are still driven to look for it by a voice that calls to us. And in a new world – our world – that will always be stained by imperfection, a now human Kiba starts to run, once again chasing his flower. Cut to credits, and time to begin the deconstruction.

1. Millennium Actress (movie): For the Love of Film 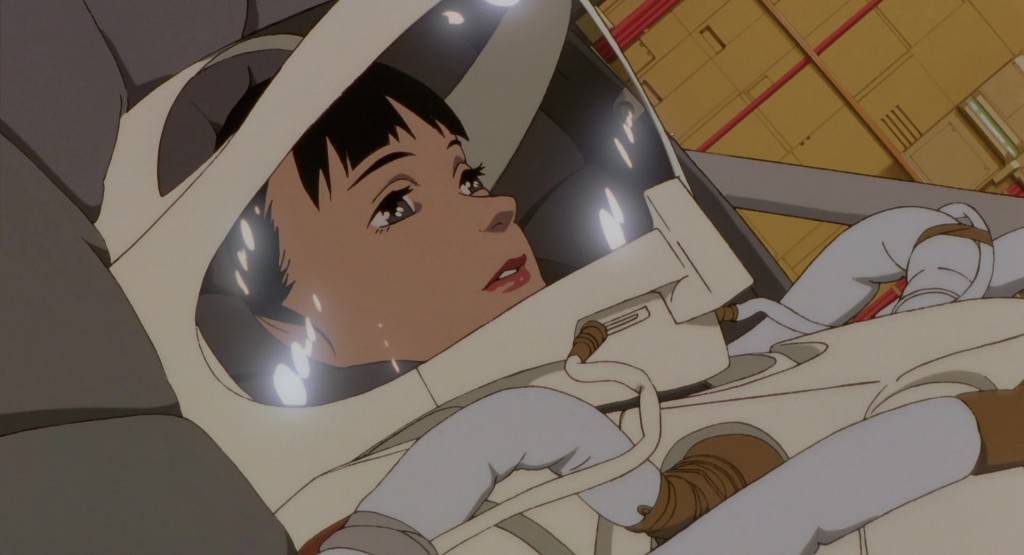 Millennium Actress by the late Satoshi Kon is love letter to film. Celebrating the eternal search for love, truth, and beauty, it’s a cinematic masterpiece, telling its story in a way only this medium is capable of. Constantly intercutting narrative with film sequences, the line between what’s real and what isn’t becomes more and more blurred, a theme permeating many of Kon’s works. What holds these things together is the emotion behind them, and what makes Millennium Actress special even among the greatest of animated movies is its celebration of film both in technical terms and within the story.

When retired actress Chiyoko dies, her quest will not die with her. Transcending death through her films, she ascends to the stars in a rocket, forever chasing after her lost love, inspiring everyone who watches her films to rewind and share her passion.

The cinematic world is a more beautiful place with the visual and narrative poetry of Millennium Actress and Satoshi Kon’s memory in it. Millennium Actress is the testament of an artist who left this world much too young, but will be remembered through his works, inviting us to join him in his search for beauty.