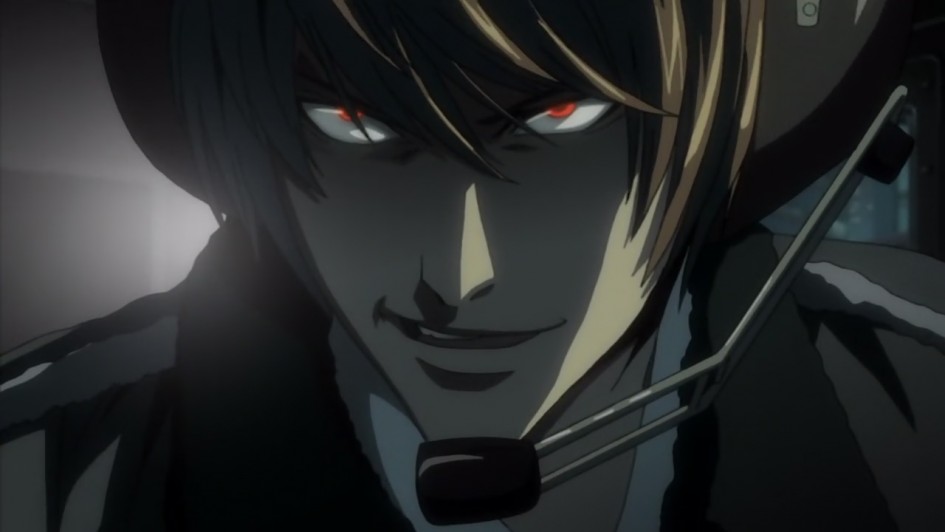 This is part 2 of 5 in a multi-part series about what I call the Tetris Moment in storytelling. There will be spoilers for important plot points of Death Note in this essay. 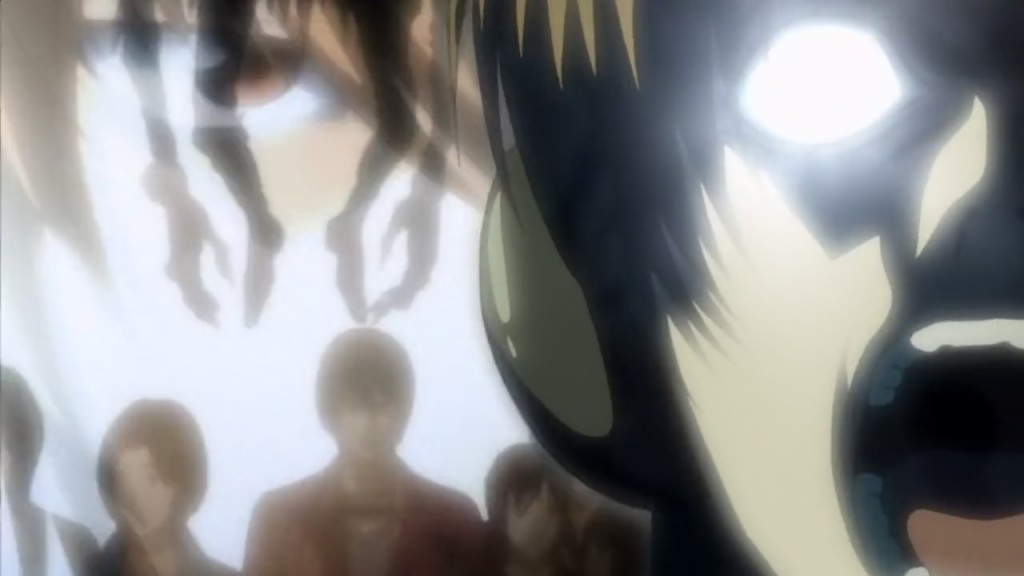 Death Note is the go-to anime for finding not one, but several memorable Tetris Moments. After all, the entire series is built around a supernatural game of cat-and-mouse, with the cat and mouse constantly plotting and scheming in order to outsmart and entrap one another in elaborately constructed one-square-wide gaps. While Death Note thrives on having its protagonist and antagonist build up the Tetriminos and score one Tetris after another, it’s one particular scheme, both insane and brilliant, that is probably etched into the mind of everyone who watched the show.

After acquiring the godly power to kill people from afar via writing their names into the titular notebook, Light Yagami finds his purpose in life by becoming the vigilante serial killer Kira. His righteous goal of creating a new world free of crime by executing all the criminals is soon challenged by genius detective L closing in on discovering Kira’s identity. Pushed into an ever-tighter corner, Light is eventually forced to relinquish ownership of the Death Note, erasing his memories of its existence in the process. No longer able to remember the countless murders he committed, he can neither implicate himself nor be found guilty. When a new killing spree commences with Light still in prison and under close surveillance, his name is cleared. Released from his cell as well as from his alter ego, Kira, Light is free to join the investigation team, henceforth hunting the new Death Note user at L’s side. Several episodes pass with Light and L closing in on the new Kira, before the time has come for the show to drop the curtain on this scheme. A curtain which could have easily turned into a ball if handled poorly.

Luckily, this isn’t the case.

The beauty of Death Note, both the notebook and the series, is that they follow a set of rules. With the scope of its scheming and plotting constantly getting wider, the series would quickly fall apart if it stopped observing the rules it set for itself. It doesn’t, however, feel obligated to share those rules with its audience all at once. For a mystery thriller built upon suspense, the plot’s unscrupulously epic revelations would not work as Tetris Moments if the audience was aware of every little Tetrimino put into place from the very beginning. Instead, the disclosure of said rules is distributed over the course of the series on a need-to-know basis. This approach not only increases the suspense and enjoyment of the plot as a battle of wits, it also makes the intricate schemes of the characters appear even smarter. Death Note comes dangerously close to losing its balance at times, but it never quite overplays its hand, because it doesn’t abolish or violates its rules. Not even in gambles as insane as Light’s apparent renunciation of power. 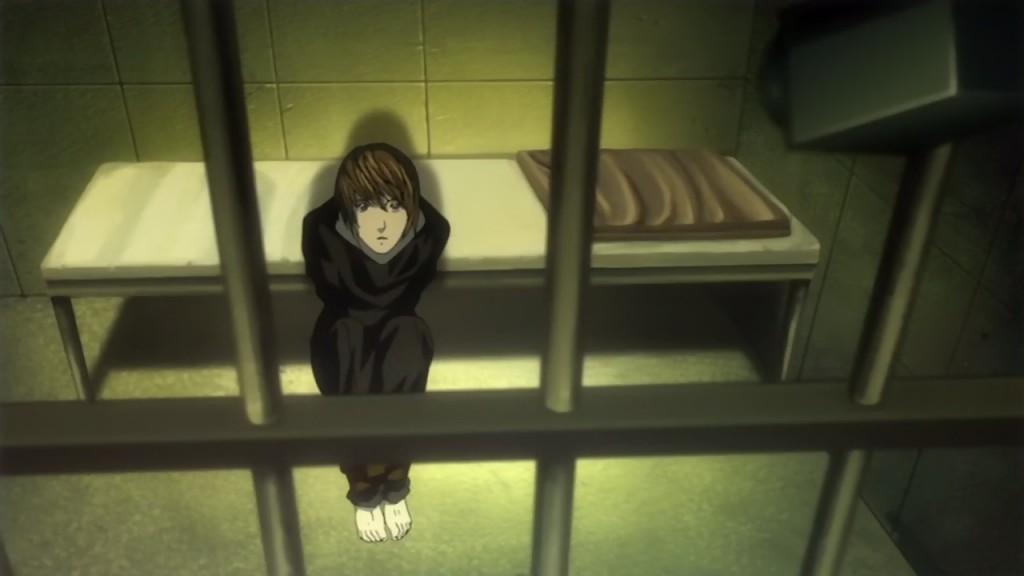 When Light gave up the Death Note out of self-preservation, he exposed himself to considerable danger. However, he never had any intention of forfeiting his calling as Kira. He simply took a temporary leave in order to disperse L’s suspicions, always counting on the Death Note to somehow find its way back to him. Despite being the magnificent bastard that he is, he could not possibly have foreseen the exact when and how of this reunion, let alone stage it in it entirety. Instead, he relies upon what he knows will not fail him: his own self-righteousness. 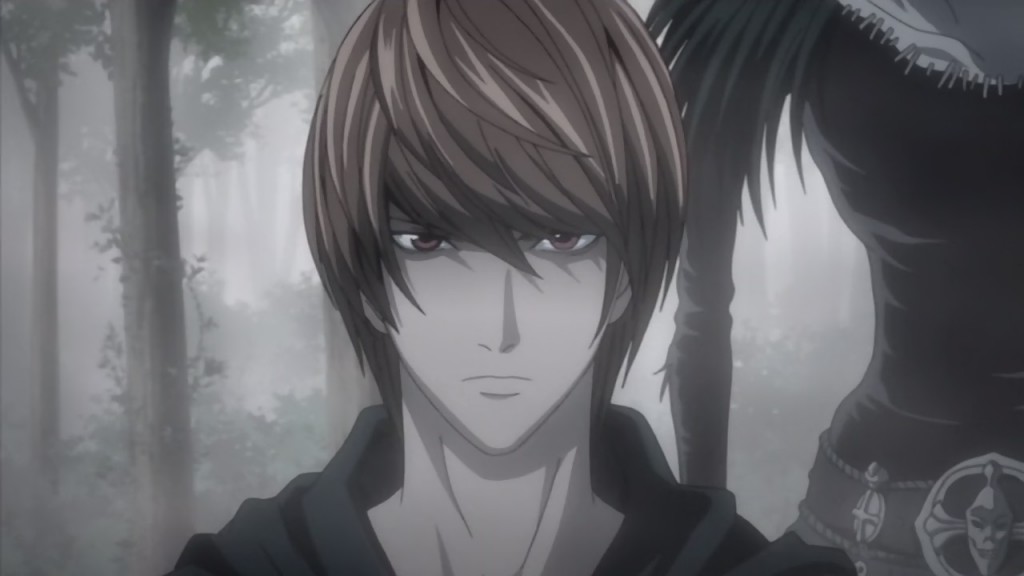 Putting as many pawns and pieces into place as he can before committing to self-imposed amnesia, he knows that, once cleared of suspicion, he, as Light, would want to join the hunt for Kira. Putting complete faith in his brilliant mind and L’s doggedness, he also knows it couldn’t be long before they caught the new, much less brilliant Kira. And with him the Death Note Light left him with, making sure the killings would continue during his stint as an innocent. Along with the Death Note return Light’s memories of his time as Kira, all following the setting’s rules. Even if some of these rules only get revealed after the fact and are, frankly speaking, quite  outrageous, the fact that the plot does create and subsequently observe its own rules makes suspension of disbelief entirely possible, attractive even. After all, this show has been quite a ride so far. 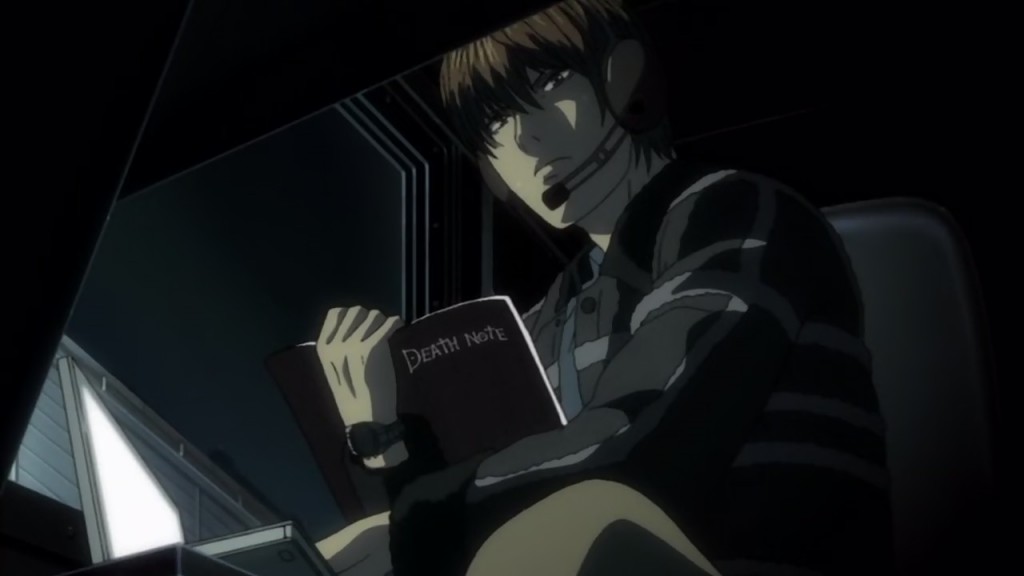 While the recollection of all the people he killed sends post-amnesia Light into a brief state of shock, pre-amnesia Light knew himself well enough not to be afraid of a heavy conscience causing a mental breakdown. Just as Light was willing to embrace the power of the Death Note after his first murder, it takes him merely seconds before settling back in as Kira to reap the rewards of his giant Tetris gamble, picking up where he left off: disposing of the new Kira, killing L and setting out to establish himself as the God of his ideal world. 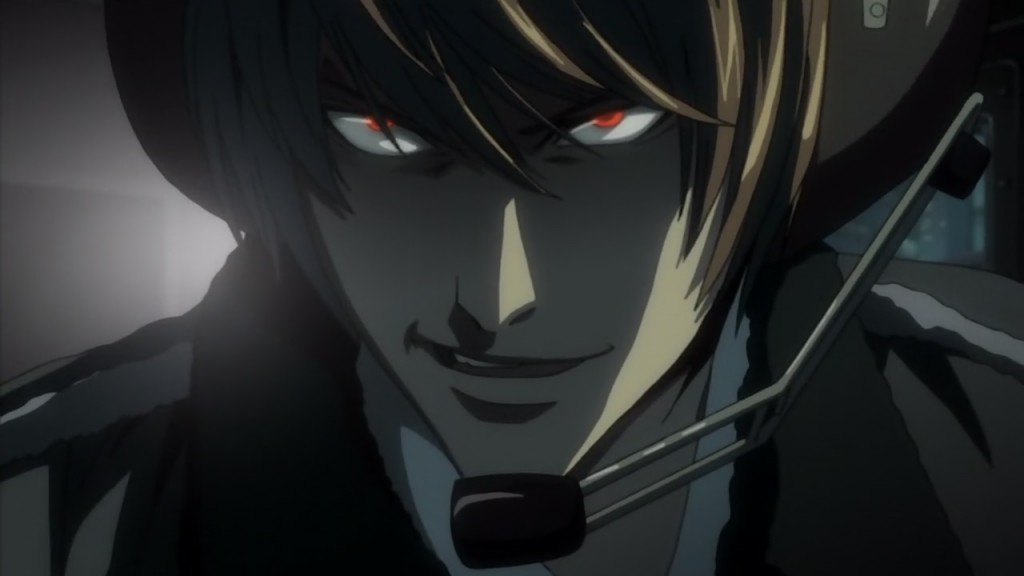