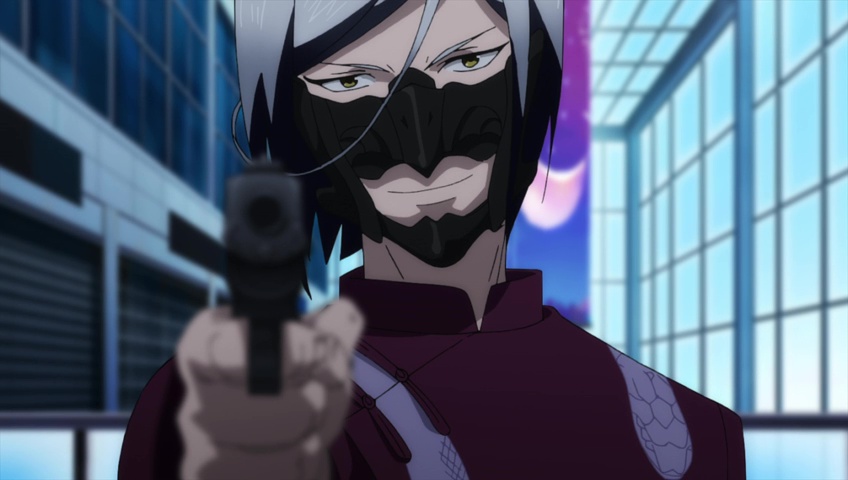 Halfway through the show, I’ve accepted that Trickster‘s disjointed parts will not magically fall into place in a big, satisfying narrative epiphany moment. Instead, I’ve settled for seeing each episode as an opportunity to find a few nice moments or, in lucky weeks, well-crafted scenes that offer some meat to discuss buried under so many overcooked potatoes. These moments have been harder to appreciate lately due to the sheer amount of gravy the show’s writing slips and falls on with predictable accuracy, but while episode 12 didn’t offer much in terms of rewarding scenes, at least there were still some good (albeit brief) moments. Hanasaki’s father continuing to send money to Haruhiko while still leaving room for doubt in his motivations was refreshing, (Did he really still care or was he just seeking a way to prevent his adopted offspring from rotting in public?) as was seeing him and the butler running to Hanasaki’s side once the smoke had cleared. Kobayashi now seems to value Hanasaki’s friendship enough that his emotions caused another crack in his perfect barrier, making him a lot more human and vulnerable. All boy detectives not named Hanasaki get a few moments of badassery. There’s a lovely instrumental version of the theme song, and the way all noise got swallowed by the initial tension except for the sound of a beating heart was engrossing.

Check out my full review of Trickster, episode 12 over at ANN.